With roots as a classical violinist, he expertly blends electronic and experimental music with compositional nuance, often adding field recordings and words in unique homage to music concrete.

Graduated in Sound Design (Istituto Europeo di Design in Roma & Willem De Koonig Academy in Rotterdam), in his free time he studies harmony and composition to write classical themes, and  he is always recording noises everywhere to use in his music.

OGM909 debuted in 2004 while organizing lots of free hardcore parties and street parades in the center of Italy with his crew Hardcoreultras, performing his industrial live set with a lot of hardware machines.

Since 2007, as label founder of Avanti Records, OGM909 also releases an unstoppable roster of vinyl, CD and digital tracks. He also released on other labels, like Industrial Strength, Footworxx Recordings, Dead Kitty Records, and many more.

In 2010 he created his own party concept followed the years after by other two: “Creative Response” (2010), “Anarchy in Rome” (2011) and “Concept Zero” (2013) (this last one also comprehensive of the biggest chapter of “Hardcore Italia” party in center of Italy), the most innovative parties for hardcore music in Roma, often based on visual and interactive installations for live performance. These parties, and other parties where he got booked all around Italy, in The Netherlands, Spain & Belgium, give him the possibility to play with all the best djs and producers of the scene.

Meantime he starts working with experimental and concrete music and creates various audiovisual installations, this experience bring him to create in 2013 “Sound2C”: a brand to include all his sound design, cinematic, art/advertising installations and videomapping projects. The same year he also start producing his own band: “Union Drama”, mixing classic rock with dance music and experimental electronic.

In 2014 he starts to collaborate with the master Unexist, and also join him in his project Fail2Comply, an Hardcore/Metal/rap/and more band togheter with Malke & Tooms.
In 2015 he releases a sample library called Extreme Frenchcore, released on ISR samples pack.

His most known tracks are “Fuckinbitch” (out on Avanti Records), also remixed by Bartoch, “666” (out on Dead Kitty Records), supported by Tieum, Partyraiser and many more, “New Popcore” (out on Industrial Strength), produced together with A-Kriv and his brand new collaboration with Unexist: “Questa č Hardcore”

Fresh, original and experimental music together with quality !

AKRIV
Amet professionally known as ‘’A-Kriv’’ was born in Rome the 9th of August 1992.
He fell in love with music almost straight away, from an early age and started developing a passion for Hardcore music and for ‘’dj- ing ‘’ and the dj’s figure. In 2008 he starts having fun and buying his first Cd’s . He the then finds out his true passion which is Making and Producing Music.
He started collaborating with his friend also a music producer, Coremaster. The style they focused on was mainly ‘’Old School’’. Amet wasn’t totally satisfied with the results yet.
In 2010 Amet also meets producer Staxs, so together with Coremaster they all three start building their own recording studios where they would produce new music, mainly Hardcore music.
Amet, Staxs amd Coremaster start building a fan base and creating a large Buzz within Rome and
The nearby towns, They change their name to Emergency Fuckerz. Their first gig was in a disco-pub
In the Tuscia Region close to Rome.
Amet then decides to go solo again
And starts concentrating on new material and new music projects . Amet’s new project is totally different from his first project, particularly is sound change.
2010 is a positive year in terms of development for Amet.He starts attracting attention and is then contacted by ‘’Colocon Circus’’
A live events and promotions company based in Rome whom truly believes in his talent.
He starts DJing in famous clubs as ‘’ALPHEUS’’ and ‘’VILLAGGIO GLOBALE’’ .
People like Amet’s Music Style and Genre....They Simply love his Music
He is then contacted to DJ in regions outside of Rome like Brescia, Rimini and Florence.
In 2011 he is contacted by ‘’Fight Promotion’’ an Events an Promotions company equally
Important as Colocon circus. His personal Portfolio starts to grow and he performs is Clubs such as
Hollywood, Cyborg and Palladium. AKriv still isn;t satisfied by his success and signs a Record Deal with ‘’Avanti Rec’’, one of the most important Record Labels in Rome. He starts working on new projects with ‘’Avanti Rec’’ and different International Record Labels.
2011 ends with innovation and nostalgia for AKriv as he decides to go back and reunite with the Emergency Fuckerz, but also collaborating with new dj’s and working on a different Record and also working on a totally new ‘’Industrial’’ Sound with International Record Labels.
2012 is a promising year for Akriv whom decided to go in to Advance Music Production and Technology studies in order to be a step ahead of his Competitors.
He also attracts the attention of Record Labels such as "VindictaRec" and "NeTunes"
The best has yet to come for Akriv..... 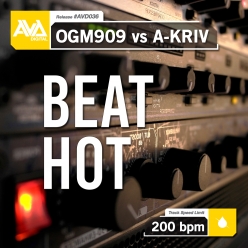 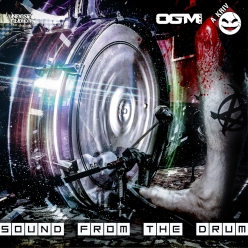 sound from the drum (edit)